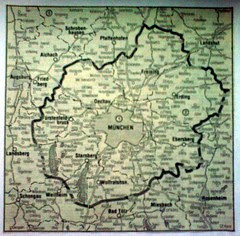 29032009259
Originally uploaded by Helge V. Keitel
WHEN Facebook signed up its 100 millionth member August 2009, its employees spread out in two parks in Palo Alto, Calif., for a huge barbecue. Sometime this week, this five-year-old start-up, born in a dorm room at Harvard, expects to register its 200 millionth user.

It's a pretty much different story to introduce medical technology innovations to the healthcare community. Highly specialized technology users and buyers don't yet gather on Facebook or use Social Media.

That's still the way traditional wisdom goes. However, the scene is changing quicker than we think. Facebook is a very young phenomenon and so is Ning and many other social media meeting places.

Traditional selling and distribution is very expensive for start-ups and technology innovators. They could benefit from a faster adaption and gathering around social media.

That staggering growth rate — doubling in size in just eight months — suggests Facebook is rapidly becoming the Web’s dominant social ecosystem and an essential personal and business networking tool in much of the wired world.
Posted by Helge Keitel at Sunday, March 29, 2009

Hello, you have tried to your best. I agree with you and really liked it. Great effort... Keeps it up!!!!. For more information about medical supplies you can check this website