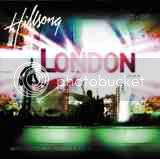 How big is the need for mediracing in UK? The population 60,587 300 (60 million) is twelve times bigger than Finland.

London has a population that is roughly two times bigger than Finland. How is mediracing scaling when adapting to the demand?
Hi Helge, we have counted that Finland needs (public health care) about 200 Mediracer Devices (one device for 20000 - 30000 people) and it means easily 200 * 200=40000 test per year with Mediracer devices. BR Veijo
Thanks for the numbers, I've changed the math for UK. Need to do some changes in the POC Finnish blog as well. These figures are rules of thumb and they help to understand the scale of CTS as a diagnostic challenge. It would be nice to know how much shorter the CTS diagnostic is with Mediracer, compared with ENMG

London is the most populous city within city limits in the European Union with an official population of 7.5 million and has a metropolitan area population of between 12 and 14 million people. Its diverse population draws from a wide range of peoples, cultures and religions, speaking over 300 different languages.

The picture is showing a guitar player. Are musicians vulnerable to the CTS? I guess so. Think about violin or cello players and the same goes for guitar shufflers.